My poor Chihuahua does not understand evolution. What with the walnut-sized brain and all. He was once a wolf!

“Because you bark does not mean that the man putting things in our mailbox goes away.”

“The squirrel is not coming to overthrow us.”

“The garbage man is actually our friend.”

“You did not protect us from the zombies.”

“The pretty girl in the yoga pants walking her Labrador is really cute. Maybe I should flirt with her. What could go wrong?”

I’m cruising down the road with Julianna (she’s 10) when Jailhouse Rock comes on the playlist.

Julianna: Daddy, was Elvis Presley famous for his hair?

Me: Yes, I suppose. More the singing and dancing on stage. But, also the hair. It was big.

Fortunately, we hit a red light, because I was about to slam on the brakes. I turn to her.

Me: Listen to me, if you ever mention that punk in the same breath as the King of Rock and Roll, I will put you up for adoption. On the spot. I can still do that, you know…

Please tell me that she’s not on to something… 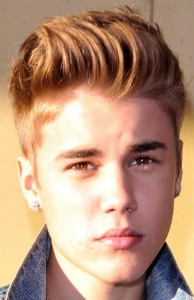 On the way to gymnastics…

Isabella (she’s 7): Daddy, my teacher is younger than you.

Iz: But she has kids in High School already. But, you don’t. Is she beating you?

Me (biologically-speaking): Well, Honey… If you were born before you were born, then you’d be a totally different person.

Iz: Could I still use the iPad?

Me: No. Bedtime is always 9:00. For all kids. Everywhere. Lights Out. Good try, though.

Before you judge, you have no idea what the last few weeks have been like for me.

I’m about to open up the dental floss 6-pack that I bought at Costco, when I notice the labeling: 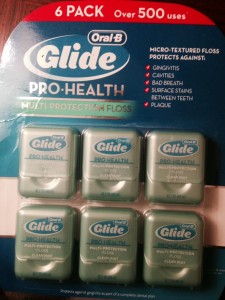 I begin muttering to myself. 500 uses? What the hell? How much can you possibly do with floss? Can I start a lawn mower? Can I go fishing? Can I fly a kite?

Lynn (my wonderful wife) is busy doing her own thing and not listening. She offers, “You can cut things with floss. What are you talking about?”

It is at this point that…

I then follow the asterisk, “Based on an average of 18 inches per use.”

Not MacGyver floss at all. They mean 500 sets of teeth. 3 months. With the popcorn and the lobster and the beef-jerky.

Like, you’ve never done something as stupid. Admit it. Please…..?

Most frustrating morning commute ever: Bumper to bumper, at 2 mph, stop and go. Then Wagner’s “Ride of the Valkyries” comes on the radio.

Dammit! I have a Valkyrie or two in my backseat trying to get to Valhalla. And, we’re stuck on the 5 transition to the 134. Behind a Honda Accord.

I need to move!

I say to them: Sorry, Valkyries. Welcome to LA. Breathe.

[If you are lost about the Valkyries, I have three words: Kill da Wabbit.]

Sometimes, the stories are just for my musician friends.

Both of my beautiful, smart and talented daughters (whom you have met here) were cast on ABC Television’s General Hospital‘s big Halloween show (which apparently, lasts about 5 days.)

So, finally, the girls are earning their keep. It’s a start. Any day now, they’ll tell me that THEY are paying the bills. Not kidding.

[And, the crazy thing is, parents drove their kids in from Riverside, Temecula, and San Diego(!) for 5 seconds of air time. We’re talking a 2 or 3 hour one-way drive for a 7am start. And, Isabella basically rolled out of bed and into Hair & Makeup. Though she was perfect, naturally.]