Pretentious enough?  That’s how I roll.

When I started thinking about my 50th birthday, the first thing I thought of was: Maude. Not the actual actress Bea Arthur.  But, the early 1970s TV show.

I grew up in a household of All in the Family and whatever Norman Lear had next. In 1973, the next thing was Maude.  Florida the Maid transformed to Good Times.  Because: JJ Walker was (Dy-no-mite)

Who here remembers Maude, not as history, but as an actual telecast?

Like I said, we were an “All in the Family” family. And, then whatever came next. In this case, it was either Maude or Baptist Time or Jesus Jesus Jesus. We had three channels in Richmond, Virginia. We chose the Communist Broadcasting System’s (CBS) Maude. We were Revolutionaries. By default. I was 7.

There was an episode in 1973, which I absolutely remember to this day. Maude’s husband Walter (Bill Macy) turned 50. And, this was a Big Deal; the centerpiece of the episode. He hated everything about the milestone. Because he was old. 50.  He was passed by. He was a dinosaur. He was half-a-century old.  His friends were dropping dead.  Maude wore a Mumu.  Because, of course she did.

Laughs were milked in that ’70s live-audience way.

But I mostly remember Walter’s step-daughter Adrienne Barbeau. Because, even a 7-year-old boy would remember her… 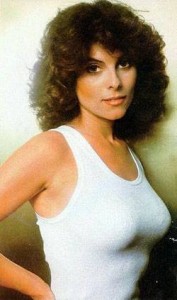 But, I also remember this specific episode. From 1973.

Half of a Century.

When you are seven, a half-century is forever. And Adrienne Barbeau had big boobs. These are the things I remember from 1973.  And, they left indelible impressions. (There’s a joke there.  With the boobs…  but I’m keeping it classy.)

So, now I am at the half-century mark.

And, I realize that I won’t be getting a career-retrospective or a lifetime achievement award or a monument or a bridge or a park named in my honor.  I won’t be invited to give a commencement address or asked to write a memoir.  A scholarship won’t be offered in my name, and I won’t shake the President’s hand.  Or, go to Mars.  Or be the center square like Paul Lynde.  (Am I giving away my age?  Ha!)

No, my honor is that today, you have joined in my celebration, half a century in the making.

Hold my hand.  Even if metaphorically.  Give a squeeze if you are inclined.

And, with my incredibly smart, musical, and beautiful wife (also a couple of daughters ,,,  you read the blog, yes?), I get through life, 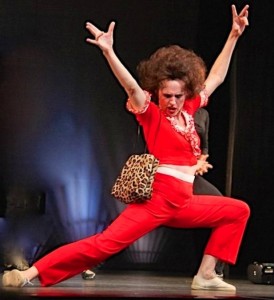 I’m 50! (Though technically, Molly Shannon is a couple years older than me…)

Watching the Science TV with Isabella (she’s 9). They’re talking about the Cosmos and Dark Energy.

Iz: No, Daddy! And, here’s the beauty of Science:

I have, from time to time, been unkind to the local Los Angeles “classic rock” radio stations for rehashing the top 40 from 40 years ago (minus the disco), and not really going too deep into the well of great classic songs.

And, the band they use to justify their rockness as a station is Led Zeppelin. 10 songs per day. Minimum. They play Zep as if they were the Second Coming of the Beatles. Instead of playing, you know, the Beatles.

And, to complain is blasphemy.

After gymnastics, I pick up Isabella (she’s 9) and as if on cue, “Whole Lotta Love” comes on.

Me: Yes, Jesus. (Quick explanation of the band going over like a Lead Zeppelin, etc.)

Iz: Oh, so it’s ironic! They want to be high, but they are too heavy.

Me: Yes, Honey. They were high.

Iz: When he says “I want to give you every inch of my love,” what does he mean?

Iz: Because, Daddy, you really can’t measure love. And, if you could, why would you only measure it in inches? Why not in feet or yards or miles. Or, what’s the thing in space?

Iz: Yeah, light years. How far away is the Sun?

Me: I don’t know, maybe 8 minutes at light speed, I think…

Iz: How many inches of love is that?